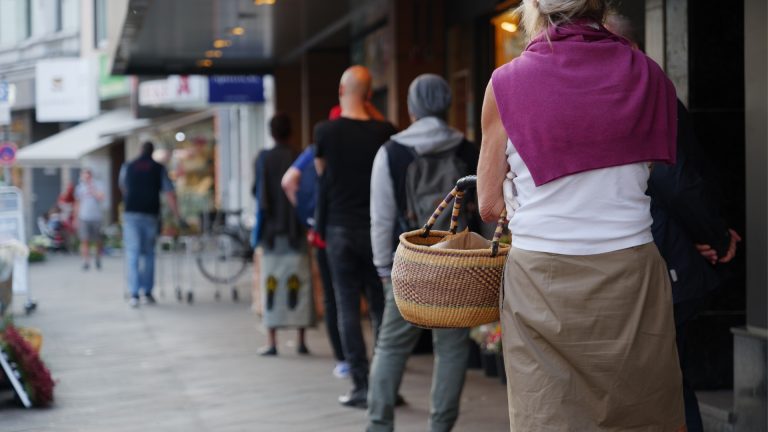 Today, the First Minister announced a new tiered system of restrictions to be rolled out across Scotland from early November.

Broadly speaking, this will replicate the three-tier system in England.

The announcement has been accompanied by a spat over funding. In this article we attempt to see through the key points of this controversy.

Since March, the Scottish Government has received £7.2 billion of consequentials to support the response in Scotland to the virus.

The Scottish Government’s Autumn Budget Revision set out how it had chosen to allocate the £6.5bn of consequentials that had been confirmed at that point. £2.3bn had been allocated to support health and social care budgets, including operation of test and trace systems. Around £1bn was allocated to business grants, £1bn to fund reductions in business rates, and around £700m was allocated to support local authorities, schools, vulnerable groups and targeted sectoral support. At the time of the Autumn Budget Revision, £800m of funding remained to be allocated.

But as we pointed out back in July, the vast majority of support packages for the economy have been UK wide initiatives – through using the tax and benefit system – instigated by the UK Government. This includes the temporary cut to VAT for hospitality (until March), the ‘Eat out to help out’, the opportunity for families to undertake a mortgage holiday (until end October) and various loan schemes (such as the ‘bounce back loans’).

These measures operate in Scotland.

The main UK wide scheme has of course been the Coronavirus Job Retention Scheme (CJRS)/furlough, which has supported nearly 10 million workers across the UK.

Between March and July, the government paid 80% of furloughed workers’ wages. With the expectation that the economy would be on a stronger footing by now, and the virus better contained, the scheme was gradually made less generous and ultimately stops next week.

But faced with a deteriorating public health picture, and a return to tighter restrictions across the country, the UK Government announced a new Winter Economic Plan (firstly in September) and then updated in recent days.

Under the UK Government’s latest proposals, there are in effect two new forms of job support scheme that will replace the Job Retention (furlough) Scheme from the start of November.

Businesses that are legally required to close as a result of coronavirus restrictions set by one or more of the four governments will be eligible for the ‘Job Support Scheme (closed)’. This scheme sees the UK Government fund two thirds of employee’s usual pay in eligible businesses.

Businesses able to trade but suffering from reduced demand as a result of coronavirus will be able to apply to the Job Support Scheme (Open). This scheme sees the UK Government part-fund the salaries of employees who are brought back to work on shorter hours than they were previously employed. Specifically, as long as the employee works at least 20% of their previous hours, then the UK Government will fund 62% of hours ‘not worked’ as long as the employer pays 5% of hours ‘not worked’. As a result, an employee working 20% of their normal contract could expect to receive at least 73% of normal wages.

Both JSS schemes are open to business across the UK. Any business forced to close because of coronavirus restrictions will be eligible for the JSS(Closed), regardless of which government has set the restriction.

So where is the controversy?

The controversy arises over the amount of money – and the way it becomes available – to the devolved nations to provide additional business grants to those businesses facing additional pressures as a result of the restrictions (e.g. to cover rent, heating costs etc. even if the premises is closed or working at reduced capacity).

Under the Barnett Formula, Scotland receives a proportionate share of any monies that the UK Government spend upon such grant schemes in England. It is then up to the Scottish Government to implement their own scheme and distribute accordingly.

But this mechanism is typically designed to work where spending limits are set out in advance, rather than be demand-led.

However, this process was not risk-free for the Scottish Government. As it highlighted at the time, if spending on grants in England was ultimately lower than estimated, some of the allocated consequentials could later be clawed back. It was for these reasons that Kate Forbes sought assurances that consequentials allocated to the Scottish Government would be ‘guaranteed’.

In response, the UK Government announced in July that it would guarantee the Scottish Government block grant would increase by a minimum of £6.5bn in 2020/21, regardless of spending increases in England. In October, this minimum guaranteed amount was increased by a further £700m, to £7.2bn.

The friction arising from yesterday’s announcement stems from the fact that the UK Government appears not to have estimated a level of funding associated with the most recent business grants, instead setting an open-ended budget as part of commitments to ‘do whatever it takes’. As such it is not clear what level of consequentials might ultimately flow to the Scottish budget as a result.

In the short-term, any additional consequentials as a result of the UK Government’s most recent spending announcements on business grants in England will in effect already be covered within the guaranteed envelope of £7.2bn. As such it seems unlikely that the Scottish Government will not be able to fund a similar package of business support grants in Scotland as provided in England, given the existing level of consequentials at its disposal.

The concern of the Scottish Government is that it cannot make the same sort of open-ended commitment to Scottish businesses as has been made to those in England. The Scottish Government has no ability to borrow to tide it over during a period when it thinks it may receive consequentials but they have yet to be confirmed.

Depending on how things pan out over the next few weeks and months, this latest funding issue may well turn out to be a storm in a teacup that is rapidly forgotten.

The wider point is that whilst the operation of the Barnett Formula has in many ways been highly effective during the pandemic – allocating a proportionate share of resources to the devolved governments as soon as spending announcements for England are made – the Scottish Government is increasingly dissatisfied about what it sees as asymmetry in funding uncertainty. Whilst the UK Government can announce new policy measures as soon as required, the Scottish Government’s ability to do similar is more contingent on the consequentials flowing to it. On this basis, the Scottish Government will continue to push for further fiscal flexibilities in relation to borrowing.

This article was edited on 27 October to update points relating to the operation of the minimum funding guarantees.