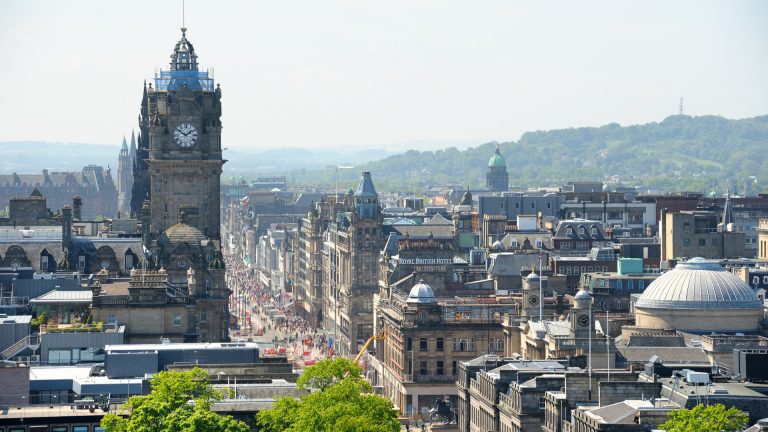 On headline indicators for Scotland, which is all that has been updated this month, little has changed since the update last month.

Meanwhile, the claimant count rate of unemployment in October was 7.7% down 0.1%-points on September (UK as a whole 7.3%).

Aside from updates on these headline numbers the data today tell us little about the changes in the Scottish labour market, although data for the UK as a whole highlight some important trends.

One exception is an update on the number of employees registered for PAYE tax, which fell slightly again in October, and is down nearly 3% since March 2020. Chart 1.

From data for the UK as a whole, we learn a little more about what is happening in the labour market.

One key message from the UK data is that hour worked grew in the 3 months to September at a record rate of 9.9%, although hours worked remains significantly below its level earlier in the year. Chart 2.

Meanwhile, redundancies rose by a record 181,000 in the three months to September. Chart 3.

While the number of people being made redundant is rising sharply, the number of vacancies appears to be growing much more slowly. Chart 4

On earnings, the data today confirm that average wage growth did grow faster than inflation (by 0.5%) but as always with significant changes underway in the labour market, we should be cautious about measures of average pay growth. The recent Bank of England Monetary Policy Report (p26) suggested that median pay growth was zero in September.

Headline indicators for the Scottish labour market remain somewhat ‘frozen’ given the continued operation of furlough support and despite the reintroduction of further public health restrictions.

Data for the UK as a whole on a broader range of indicators continue to paint a worrying picture for the labour market, with rising redundancies and subdued levels of vacancies and hours worked.

This should not be misconstrued as a sign that the labour market is relatively unscathed by the pandemic. Remember that over 240,000 jobs were still furloughed in Scotland at the end of August. This is slightly more jobs than there were people claiming unemployment related benefits in August (223,000).

If all or a significant number of those people still on furlough in August, when restrictions were relatively relaxed,  were to find themselves out of work the effect on headline unemployment would be huge.

With the reintroduction of the full furlough support scheme through to March 2021, with workers eligible for 80% of their salary for hours not worked, this will push the point at which we will see the anticipated shakeout in the labour market down the road.