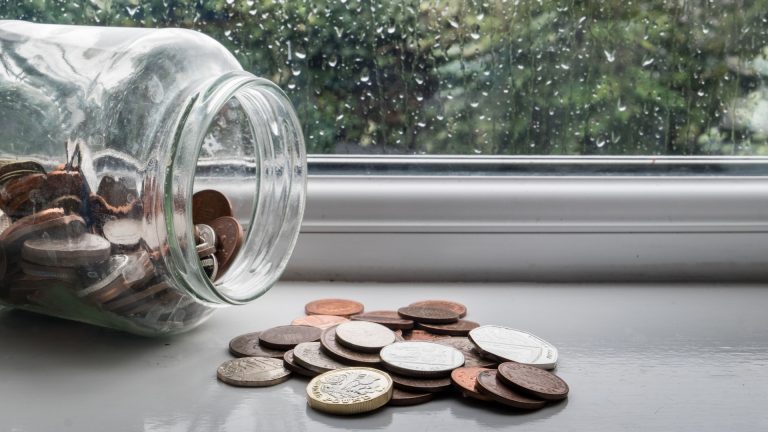 This followed the statement on 7th September, which set out £560m of savings in order to fund public sector pay deals which were much higher than the Scottish Government had envisaged in December 2021 when they set out their budget.

The EBR set out cuts across portfolios – including savings from the lower than expected uptake of concessionary fares, and also cuts in employability provision, which we wrote about here.

At the time, the DFM made it clear that this was sufficient to fund the pay deals agreed so far (plus some cost of living measures) and that further saving would need to be found to fund further pay deals (most notably for NHS staff).

These pay increases have fiscal implications. Each additional 1% on public pay adds around £250m to the government’s paybill[1]. No surprise then that the Scottish government has committed over £700 million of additional resources to fund enhanced pay settlements since its budget was published.

The UK government has faced similar unexpected increases in inflation and public sector pay demands. It has responded by reprioritising spending within departments, rather than by increasing overall spending. The latter approach, had it been taken, would have resulted in additional resources to the Scottish budget, via the Barnett formula.

But as the UK government chose not to follow this approach, the Scottish government must operate its spending plans for 2022/23 within its original funding envelope. It has no ability to vary its resource budget in-year. It has no ability to borrow to fund discretionary spending; income tax policy cannot be varied in-year; funding cannot be transferred between capital and resource budgets; and drawdown limits from the Scotland Reserve are constrained.

So what was announced today?

A further £615m of savings has been identified. The vast majority of these are in the Health and Social Care portfolio – £400m has been “reprioritised” to fund a pay deal of approximately 7% for NHS staff.

The services that have been cut in order to fund this are fairly wide ranging. Perhaps the most notable is the cut to the Mental Health budget of £38m. The DFM was keen to emphasise that the budget is still increasing compared to previous years, but compared to the planned £290m on Mental Health Services in the budget in December it is a significant scaling back of the Government’s commitment to increase Mental Health funding.

Other areas of savings were for Covid related measures, like vaccination, test and protect and PPE, which has been cut by £116m; primary care, cut by £65m, and social care, where the spend on the National Care service has been reprofiled to yield savings in the financial year.

Alongside the Emergency Budget Review, the Scottish Government published an Equality and Fairness evidence summary. Much like we had highlighted in our recent blog, when the Government is considering cuts it is more important than ever that the evidence of the potential impact on different groups is considered.

There is a clear acknowledgement of the fact that the reductions made to spending will have a negative impact on groups with protected characteristics and those already facing socio-economic disadvantage – in the main from reprofiling of health and social care expenditure, and the impact of the reductions on employability spend that were announced in September. However, beyond an acknowledgement, there is little additional detail – for example, the summary states that for employability fewer parents will be supported, but there is no indication of how many parents (or children) will be affected.

Whilst there is some assessment of the positive equality impact of additional spending, for example on discretionary housing payments, no additional impact assessment has been produced on the higher public sector pay awards (they state it is not required). Without that piece of the jigsaw it is difficult to make any judgement on whether the prioritisation of public sector pay over other revenue spending is progressive in terms of fairness and equality.

It also raises questions over the quality of the evidence used in making decisions on re-prioritisation and whether the impact on those with protected characteristics and facing socio-economic disadvantage were part of the decision-making process, or regretfully acknowledged after the decision was made.

No announcements on tax – yet

The DFM confirmed that there would be no announcements on tax until after the UK Government’s Autumn Statement – so not until the Scottish Government’s budget on 15th December.

This alluded to the ongoing uncertainty in the UK, the need to stabilise the economic and fiscal outlook for Scotland and an explanation of tax receipts. However, beyond this, there wasn’t much we didn’t already know… their closing remarks emphasized the need for clear and consistent policy making and continued focus on resilience and opportunities to improve productivity and boost growth.

The DFM did indicate that there may be more to come from this expert panel in advance of the Scottish Budget – perhaps presenting revenue raising options for the budget from 2023-24 onwards.

What is clear is that the level of uncertainty is very high. All the assumptions that the Scottish Government had used about the likely level of Reserve carry over into future years has somewhat been thrown up in the air. Some of these pieces will fall to the ground on 17th November and give us a clearer picture, but we’ll have to wait until 15th December to see the full – probably very challenging – situation.

Everyone who welcomed the relative certainty of the Resource Spending Review’s 3-year outlook will be likely expecting an updated view from the Government of the expected envelopes over the remainder of the RSR period given how many things have changed since May.

To conclude – this level of inflexibility does not seem tenable

The lack of any real ability on the part of the Scottish government to be able to flex its budget within year in response to unanticipated shocks remains a real limitation of the existing fiscal settlement. As we noted in a report last year, joint with the IFS and the University of Stirling, a strong case can be made for enhancing the Scottish government’s ability to borrow and/or draw down resources from its Reserve.

Such fiscal flexibilities would provide the Scottish government additional policy levers to deal with such unprecedented circumstances.