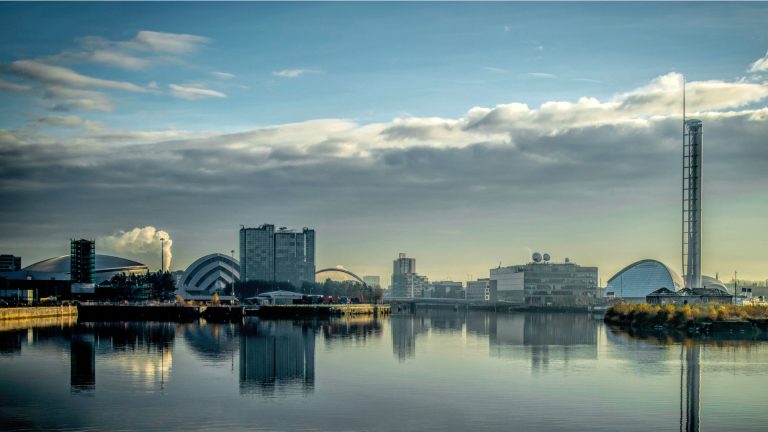 Today saw the release of updated labour market data for the UK and Scotland. What do these data tell us?

The immediate headline from these data is that employment in the UK dropped by the largest amount in a decade, 220,000, in the three months to the end of June. This represents a drop in the UK employment rate of -0.2%-points.

Chart 1: Employment and unemployment in Scotland

So what of the anticipated shakeout in the labour market – and why are these headline indicators not changing all that much? Or at least that much relative to the scale of the decline in GDP?

Some things to bear in mind.

First, the data today are to the end of June 2020, and therefore do not reflect more recent developments in the labour market. Similarly, some of the wider indicators for the UK labour market are not currently available in Scotland on the same basis.

But from UK aggregate data we know that the labour market is being reshaped. And the emerging signs of the looming unemployment crisis that we have stressed is on its way are beginning to come true.

Hours worked hit a record low with the largest quarterly decrease in actual weekly hours since records began in 1971. Chart 2.

Employment among those over 65 decreased at a record quarterly rate, after growing rapidly since the global financial crisis. Chart 3.

The number of people in self-employment has fallen at a record quarterly rate as well. Chart 4.

Chart 4: Self-employment in the UK

Chart 5: Number of people in the UK on ‘zero hour’ contracts, with age composition

All the signs are that substantial change is underway in the labour market.

Second, the data on developments in benefit claims paint a rather different and more worrying picture. Using ONS data on the claimant count it is now estimated that 222,000 people in Scotland are claiming unemployment-related benefit support at the end of July 2020. Chart 6. This is more than double the number in this position at this time last year.

The regular monthly Universal Credit statistics also released today suggest a flattening out in people needing to recourse to social security due to loss of income following the big spikes at the start of the crisis. That is, things aren’t currently getting worse but nor are they getting better Remember that Universal Credit is an unemployment benefit, as well as supporting people with low employment income.

New claims have levelled off (see Chart 8) so we can be fairly confident that those people who started claiming Universal Credit at the start of the crisis remain on the benefit (as opposed to there being a high level of churn in people coming on and off Universal Credit each month).

Chart 7: People in Scotland on Universal Credit (measured as of the second Thursday in each month)

These statistics on people on UC take us up to July. If there is to be an upsurge in job losses and redundancies starting in August, we would expect to start seeing this in the data release a month from now.

DWP also provided their three-monthly update on claims to Universal Credit (the next update will be in November 2020). This shows the extent of the cluster of new claims in late March and early April. Whether or not this will be repeated to the same extent with the changes to furlough at the start of August is yet to be seen.

Chart 8: New claims to Universal Credit in Scotland (note: not all new claims are ultimately successful)

Third, the Coronavirus Job Retention Scheme continues to freeze many employment relationships, while in total through the crisis 736,500 jobs in Scotland were furloughed at some point, the number currently furloughed will be somewhat smaller but still significant. The unwinding of the furlough scheme through the rest of 2020, and as many firms look to operate at a fraction of their pre-COVID capacity, will cause many businesses to reassess their workforce needs afresh.

Finally, few cannot have noticed the increased incidence of announcements by firms of planned redundancies as they reassess their future plans.

This is perhaps only starting to be reflected in data on redundancies in the labour market statistics, with 27,000 more people in the UK made redundant in the three months to June than in the first three months of 2020. Chart 9.

In the months ahead we expect to see more substantial increases in redundancies, and larger increases in unemployment and benefit claims.

In summary, headline labour market metrics for Scotland have yet to reflect the full effect of the pandemic, but the indications from UK-wide data are that the labour market will remain challenging for many for the foreseeable future.

The age profile of the workforce is likely to change, and the nature of work itself is being changed by the pandemic, meaning that even for those who remain in work their hours are likely to be squeezed and pay growth is likely to be muted for some time to come.

The early indications that this crisis is reshaping the age profile of the labour market, as well as the nature and volume of work available, make it essential that the UK, Scottish and local governments work together to adapt the welfare and skills system to support people financially through this crisis and prepare them to return to work.