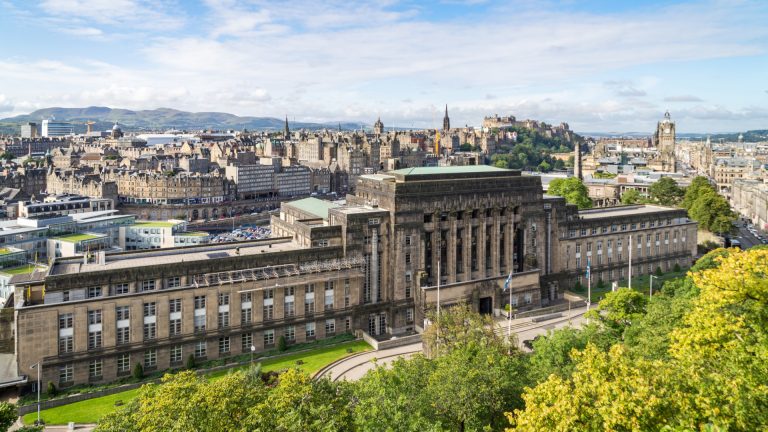 This week Fraser HQ has been the scene of a fun natural experiment: what would happen if we all got ill at the same time? Based on the results we have committed to rest up over the weekend and return to our normal strength asap…

This week saw the publication of a report from Labour’s Commission on the UK’s Future, chaired by Gordon Brown. It included wide-ranging recommendations to tackle economic inequality that the report states “is exacerbated by the concentration of power in Westminster and Whitehall”. The report has lessons that can be learnt from the devolution experience in Scotland, but also warnings over the lack of cooperation across devolved borders and the need to respect established constitutional conventions.

Although a highly political report, it does serve as a reminder that the constitutional debate is alive across all of the UK, not just in Scotland, and debates over where power should reside and how resources are allocated are never likely to be fully resolved. Next week’s Scottish Government budget will no doubt lead to the usual arguments being rehearsed between local government, SG and UKG on exactly these issues.

These arguments are frustrating but probably inevitable given the complex fiscal arrangements we have in the UK. However, we can (and must) learn what is working and what is causing unnecessary friction and issues that could be resolved. Some of these are covered in this report (e.g. making it easier for the Scottish Parliament to bring in new national taxes) but others are more muted than what has previously been advocated for by Labour (e.g. employment law remaining a reserved issue, with tweaks) or skirted over (e.g. enhanced borrowing powers for day-to-day spending).

Whether the changes in the report would help boost economic growth and prosperity north of the border is another question. Overall, however, it’s good to be having these debates, even if the right answer will be hard to find.

Another report from the STUC this week highlighted that there are a number of options within the current devolution settlement to allow the Scottish Government to ensure it has sufficient resources when agreeing public sector pay settlements next year.

We have some sympathy with the argument that the SG has room to manoeuvre for the next financial year. After months of hearing all about the fixed nature of the Scottish Budget in-year, next week will provide the means to increase the size of the budget for the next financial year, if the SG chooses to do so. That is, the Scottish Government could use its powers to raise taxes to fund more generous settlements next year to make up for below-inflation pay rises this year.

Of course, there are many reasons why the Scottish Government would not want to do that, some of which we would also have sympathy with. But the government has options for 2023-24 that it does not have for the current financial year and will need to be able to explain why choices have been made.

If all this talk of budget decisions is whetting your appetite, then you will be delighted with what we have in store next week.

On Monday, we’ll be releasing our annual Budget Report looking at the ins and outs of the fiscal outlook for 2023/24.

On Tuesday, we are hosting our Budget Event (in-person and online) where we will be welcoming Richard Hughes from the OBR to talk through the UK outlook. It will be a great event and our first in-person get together since 2019 and we’re looking forward to seeing people in real life again (we’ll all be better by then, promise!).

And on Thursday, it is the main event itself with the interim Finance Secretary John Swinney setting out his plans to parliament, we expect around 2.30. You can expect to see our commentary on our website and in all good news outlets after the statement.

You can sign up for attendance at the Budget event in person here and our online event here.