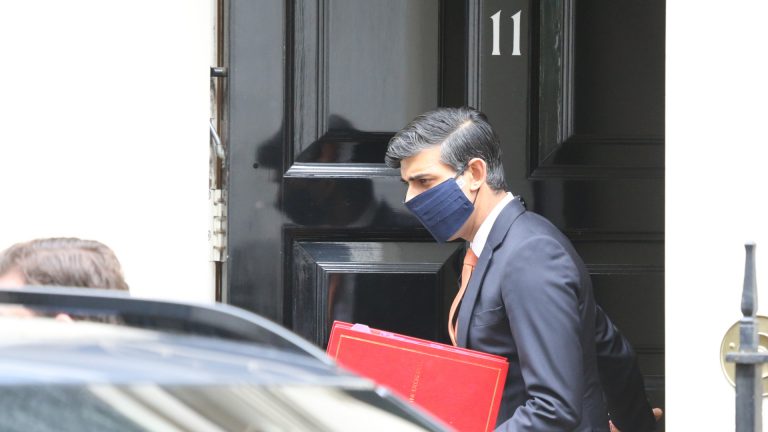 The big picture today was of an improved UK economic outlook in both the short-term (a quicker than expected recovery this year) and the longer term (the pandemic is now forecast to have a less significant ‘permanent’ impact on the size of the economy).

This improved outlook, together with tax rises announced earlier in the year, has enabled the Chancellor to pencil-in relatively high public spending over the course of the Spending Review period (2022/23 – 2024/25), all whilst the public borrowing is on course to fall.

However, departmental spending is planned to be only around £10bn higher in 2024/25 than it was pre-pandemic. Debate around whether this will be sufficient to address the long-term impacts of Covid and other structural changes on public spending will continue.

What are the implications for the devolved Scottish budget, due to be published on 9th December?

The forecast economic outlook for Scotland continues to track closely the outlook for the UK as a whole.

Unemployment is now forecast by the OBR to peak this year at 5.2% in the UK, consistent with the Scottish Fiscal Commission’s forecast of 5.4% for Scotland.

The main significance of today’s budget and spending review from a devolved perspective was the question of what it would mean for the Scottish resource block grant over the next three years (2022/23 to 2024/25).

Rishi Sunak’s announcements today improve the outlook for the resource block grant in each of the next three years, relative to what had been pencilled in previously. There are two reasons for this.

First, the Chancellor has increased the size of his planned UK departmental spending envelope, relative to plans set out in September. This feeds through to increased consequentials for the Scottish budget.

Taken together, the additional consequentials from higher than projected UK spending and cuts to English business rates generate significant additional consequentials for the ‘core’ Scottish block grant (Chart 2). These increases are frontloaded – a large increase next year, and relatively flat in real terms in the subsequent two years of the Spending Review period (the position of the resource block grant in 2024/25 is only £300m improved than what we projected based on the UK government’s projected spending envelope announced in September).

As ever, both governments place a slightly different spin on the numbers.

Kate Forbes has made the point that the Scottish Government’s total resource block grant (including Covid-19 funding) will fall in 2022/23 relative to 2021/22. Clearly, the pandemic will continue to have a legacy on public services spending in 2022/23, even if the direct impacts are in the past. In this context, the total change in Covid and non-Covid funding does matter.

But at the same time, the UK Government is entitled to frame its spending commitments over the next three years as a big deal, with spending public services spending on course to be higher than the pre-pandemic plans, and high in a historic context.

Outlook for the capital block grant

After big increases in the Scottish Government’s capital block grant between 2018/19 and 2020/21, more modest increases of around 2 per cent per annum (in real terms) are pencilled in for the next three years. Again, these increases are frontloaded next year (2022/23), with no significant increase in the two final years of the Spending Review period. The Scottish block grant for capital investment will be higher in real terms in each of the next three years than it was in the 2009/10 pre-austerity period.

This was not a hugely significant budget from a tax perspective, but it shouldn’t be forgotten that the Chancellor has already announced increases to income tax, corporation tax, and a new health and social care levy since March.

From a Scottish perspective, the most significant announcement today was of reforms to Air Passenger Duty. APD was due to be devolved to Scotland in 2019, but devolution has been ‘paused’ whilst various legal and state aid issues are resolved.

The Chancellor’s announcements today therefore will apply UK-wide. They amount to cuts to APD for domestic UK flights, together with increased rates for long-haul flights.

If APD had been devolved, the Scottish Government would have had to decide how and whether to respond. Its certainly not clear that it would have chosen to implement the same policy, particularly given the involvement of the Greens in government. It will be interesting to see whether today’s announcements reignites calls to speed up APD devolution.

The Chancellor did not reinstate the temporary increase to Universal Credit that prevailed during the pandemic, but he did announce other changes to UC.

The other change is to the work allowance. This is the amount of money that be earnt before the taper starts. The work allowance is going up by £500 which is roughly £10 a week.

Both changes will increase the incomes of those on UC and in-work. They also mean more people will be eligible for universal credit than is the case now (those whose earnings are such that all of their UC is tapered away currently, but would still receive some UC with the reduced taper rate). This increase in UC eligibility will in turn have a small impact on the numbers that will be eligible for the Scottish Child Payment in Scotland. Conversely, the higher ‘take-home’ income for some families means that they will lose some support for their council tax through Council Tax Reduction.

Taken together, we estimate that the impact of these changes will be a boost to income for hundreds of thousands of people in Scotland. But this will be far less than the number that lost out through the removal of the £20 boost to Universal Credit. For those UC claimants not in work, these changes do not make up for any of that cut.

As ever, there remains plenty of detail to mull over, but most of the key parameters underpinning the 2022/23 Scottish budget are now known. It will be set out on the 9th December.