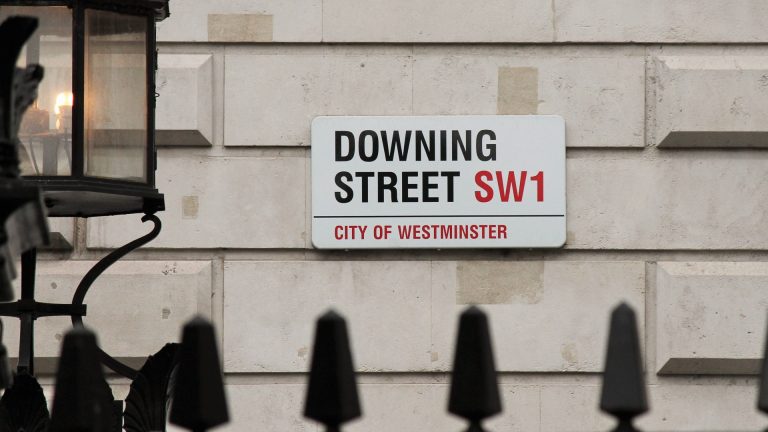 On 5th September, the Conservative party elected a new prime minister of the United Kingdom. Scotland has not voted for a conservative government since 1955, and Liz Truss marks the twelfth prime minister in the last hundred years elected without majority support in Scotland. The last time Scotland’s vote mirrored the majority was in 2005 – the last time that a general election resulted in a Labour majority.

The Brexit vote in 2016 is another good example of how far Scotland’s opinion differs from that of the UK majority – less than 40% of Scottish voters approved the referendum to leave the EU, compared to more than 50% from Wales and England.

Scotland’s status as a minority among the UK electorate isn’t so surprising from a population standpoint – Scotland only accounts for about 9% of the total UK electorate. England, by contrast, claims 84% of all voters.

The vast difference between Scotland’s opinion and UK electoral outcomes may result in worsened well-being for the Scottish population. People derive a sense of satisfaction from having the ability to participate in and impact politics and governmental structures. This satisfaction, termed “democratic well-being,” is weakened by perceived or structural inequalities.

Participatory inequality stems from any situation in which a particular group is unlikely to or discouraged from some form of civic participation, which includes behaviours like voting, interacting with political campaigns, activism, or volunteering.

Examining voting in particular, Scottish voters may feel disenfranchised from the political sphere in the UK because of the perceived lack of political power on a national level, and may be less likely to choose to vote or express an interest in politics. Certain groups in Scotland may also be more or less inclined to participate in national or local elections. Income levels, health, and educational attainment may all result in different levels of participation both within Scotland and when comparing Scottish participation to the rest of the UK. In this sense, there may be participatory inequalities within the Scottish population and when comparing Scotland to the UK as a whole.

Using Understanding Society: the UK Longitudinal Household Survey, we determined that age, income, health, education, and employment statuses are correlated with an individual’s level of interest in politics, and the likelihood that they voted or volunteered recently. Understanding Society is a yearly panel survey, with yearly data available from 2009 to 2021.

Does participation differ in Scotland compared to the rest of the UK?

Scotland has a high level of average engagement across all survey years relative to Northern Ireland and Wales, but a lower level than England.

Despite Scottish residents being relatively politically engaged, Scotland experiences substantial gaps in participation based on health, income, education, and employment.

Figure 3: The gap in civic participation between self-reported good health and bad health is wider for each behaviour in Scotland compared to the rest of the UK

How do inequalities impact civic engagement in Scotland?

Health and income inequality are consistent predictors of voter turnout in Scotland. Scotland’s wide range of participatory behaviour based on health is particularly interesting. Scotland has a unique relationship with health inequalities, and a history of unusually poor health outcomes based on region, education, and income.  Although health inequality takes many forms, life expectancies provide a good frame of reference.

In general, higher incomes beget longer lives. Scotland is a complete anomaly in this regard – despite having the highest average income in the United Kingdom, Scottish people have the shortest life expectancy. Life expectancies also vary widely within Scotland, and even within cities and neighbourhoods. For instance, a male born in Glasgow between 2018-2020 has a life expectancy that is 7.5 years shorter than one born in the Shetland Islands. Within Glasgow neighbourhoods, the difference in life expectancies is striking – males born in the least deprived areas can expect to live 15 years longer than males born in the most deprived areas.

I examined the health impacts on voting, volunteering, and political interest based on individual’s self-perceived general health, mental health, long-term illness or disability, and receipt of any illness or disability benefits. Individuals that consider themselves in poor health are less likely to engage in civic behaviour compared to those that considered themselves in generally good health (Figure 4). Overall, self-perceived general health was the most significant health predictor of civic behaviour.

Surprisingly, claiming a long-term illness or disability did not impact an individual’s ability to participate. This is largely because of the broadness of the term “disability” – a person can be disabled in a way that limits their ability to vote, but many disabilities are easier to manage and would have no impact on someone’s ability to understand politics or volunteer. Receiving disability benefits, however, indicates that a person’s circumstance is difficult enough that it interferes with regular work and income.

Scottish residents receiving some form of disability benefit were:

Table 1: Proportion of each population which participated in the following civic behaviours

Income inequality is also closely related to civic participation. By dividing household income into five quartiles of the population, we found that the highest-earning 20% of the Scottish population was significantly more likely to participate in civic behaviours (Figure 5). This is a clear example of participatory inequalities based on income.

Education also has a significant impact on all aspects of civic participation. Volunteering is the most notably impacted behaviour by education; only 4.4% of Scottish residents without educational qualifications reported volunteering in the past year, compared to over 27% of Scots with university degrees.

Table 2: Percentage of each population which participated in the following civic behaviours

Scotland suffers from unequal participation across a number of metrics, most notably education, income, health, and benefit receipt status. Poorer, less educated, and less healthy Scottish residents are less likely to have participated in voting and volunteering. The differences in participation are also larger within Scotland than any other constituent country in the United Kingdom.

Civic participation – whether by voting or by selecting causes to volunteer for – ultimately shapes political agendas. Values that are important to low-income, unqualified, or unhealthy members of society may be overlooked on a national scale due to disproportionately low levels of participation among these individuals. The more equality in participation among all levels of society, the more that any particular group is able to better their circumstances.