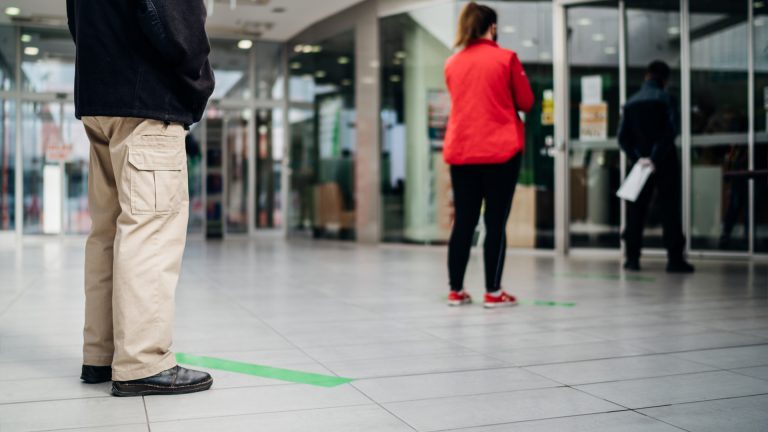 Many businesses across Scotland are slowly looking to open up as lockdown restrictions are eased. But the outbreaks we have seen in recent days – not to mention the experience in other parts of the world such as in Melbourne – highlight the precariousness of the recovery.

This week, we are expecting to receive a response from the Scottish Government to the Advisory Group on Economic Recovery’s report. The report was published in late June and contained no less than 25 high-level recommendations.

So how are businesses coping in Scotland as the lockdown is eased? And what does this all this tell us about the right policy response?

A business base under strain

The survey provides an interesting snapshot of the real-world conditions facing businesses. Traditional measures such as GDP or turnover only tell us about what has taken place in the past. They offer little insight about what happens next or the resilience of firms to operate at reduced levels of demand and supply.

In our latest survey, we found that whilst businesses were more positive than last quarter about the prospects for the next 6 months, there are clear signs of ongoing strain on the business base.

Much of the press coverage of our latest survey focussed on the prospects for employment as the Job Retention Scheme is wound down: over half of businesses told us they were planning to reduce staff numbers as the scheme is removed.

Chart: If you have made use of the Job Retention Scheme, how will its phasing out in the coming months affect the number of staff you employ?

This highlights an ongoing concern – and one we have raised before – that a significant proportion of the unemployment associated with this economic crisis has simply been delayed rather than avoided. The furlough scheme has provided lifeline support for many, but as it is phased out the full hit to employment will be revealed.

But there were a couple of other aspects of the survey that caught our attention.

Firstly, a striking finding was that the average firm that we spoke to expects to only operate at around 50-75% capacity over the next 6 months.

Chart: What level of capacity, compared to normal levels of operation over this period, do you expect your business will operate at over the next six months?

Coupled with almost two–fifths of businesses describing their cash flow position as insecure, and it’s not difficult to conclude that the outlook for many businesses in Scotland – and their employees – is extremely precarious.

Secondly, we were struck by how many businesses had increased their debt burden during the crisis. Almost half of businesses had undertaken additional borrowing since March. Unpicking this, we find a clear correlation between resilience and rising debt levels:

All of these are signs of a business base under strain.

So what can we expect this week?

In our survey, we asked businesses how they would rate both governments on their response to different aspects of the crisis – with the results in the chart below.

Chart: How would you rate the Scottish / UK Government’s response to the following? 0 is very poor and 10 is excellent.

To be fair, the Scottish Government responded quickly to the economic crisis brought about by the COVID-19 pandemic with the launch of the Economic Recovery Advisory Group. It reported quickly, with a range of high-level recommendations.

What our latest Business Monitor suggests is that all eyes of business will be on practical and deliverable actions to help address the challenges that they face now. The government will need to avoid the temptation to simply accept all the recommendations by providing a list of the things they are doing already. Or simply arguing for Westminster to do more. Long-term visionary statements also have their place, but not now.

An effective response is likely to require stopping – or cutting back – things that are less of a priority. And being clear that policymakers can’t save every business this time. The onus is on opposition parties to therefore respond constructively too, and not simply demand more without offering their own solutions for where priorities need to shift.

All this is, of course, easier said than done, but what our latest survey shows clearly is that the fragility of the recovery is a hugely pressing issue. Get the policy response right and many businesses will – just – make it through the other side. But there is a risk of a major economic crisis later on in the year. How the government responds to the Advisory Group’s report has the potential to shape the recovery in Scotland for years to come.