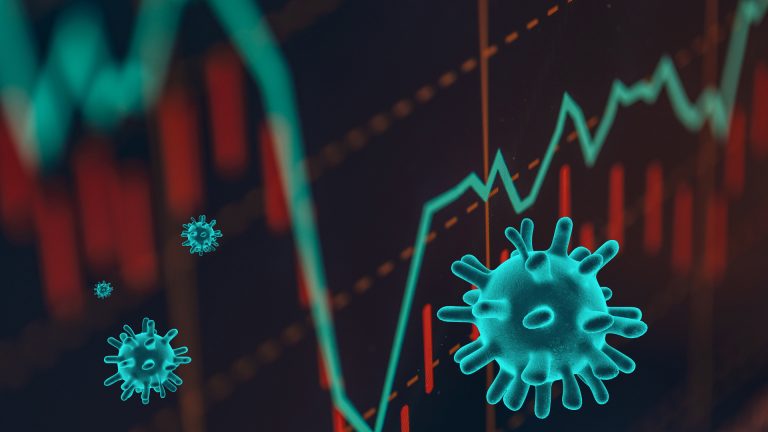 Are we still on course for a Scotland-specific economic shock in 2021?

One of the surprises unveiled at the publication of the Scottish Government’s draft budget in January was the forecast of a ‘Scotland-specific economic shock’ in 2021.

The forecast of a ‘Scotland specific economic shock’ triggered additional budget flexibilities for the Scottish Government over the next few years.

At the time of the publication, there was a sense that the conditions for a Scotland-specific shock had only been triggered because of a fluke of timing. Specifically, that the SFC’s forecasts for GDP growth Scotland in 2021 had been made after the announcement of the January lockdowns, whereas the OBR forecasts for the UK had been made before lockdowns were announced.

In her budget statement on 28 January, Kate Forbes said:

“This difference [forecast slower GDP growth in Scotland] does not reflect a difference in our underlying economic performance, but rather differences in timing, and will likely disappear when new OBR projections are published in March.”

In many ways, whether the technical conditions for a Scotland-specific shock persist or don’t after yesterday’s UK budget is a somewhat meaningless question – once triggered in January, the additional budget flexibilities continue to apply for the next three years, regardless of whether subsequent forecasts (or outturn data) show that the technical criteria no longer apply.

Nonetheless, it is interesting to explore whether or not the criteria do continue to hold after yesterday’s UK budget, and the revised OBR forecasts for the UK.

How has the economic outlook changed?

As a result, the technical conditions for a Scotland specific shock continue to be met.

The latest forecasts puts 4Q-on-4Q growth in Q3 2021 at 0.2% in the UK compared to -1.6% in Scotland. Moreover, the conditions for a Scotland-specific shock are now also met in Q2 2021 (the January forecasts implied the conditions were only met in Q3), with Scottish growth forecast at -4.5% compared to -3.0% for the UK.

Why has the OBR’s outlook for UK GDP growth in 2021 improved since November? Well the lockdown in January does act as a drag on growth. But offsetting this are two factors causing the OBR to revise up forecasts for later in 2021. These include the UK roadmap out of the lockdown, and the additional fiscal support announced in the UK Budget. On top of this, better than expected performance of economic activity in November 2020 also boosts growth in Q2 and Q3 2021 when expressed on a 4Q on 4Q basis.

So the technical criteria for a Scotland-specific shock continue to be met. But it is important to remember that the forecast differences in GDP growth in Scotland compared to the UK are small in the context of the level of uncertainty that surrounds those forecasts.

In its forecasts published yesterday, the OBR notes, in relation to the economic outlook:

We continue to believe that there is sufficient uncertainty over both the future course of the pandemic and its longer-term consequences for our upside and downside scenarios to remain plausible illustrations of the range of possible outcomes in the medium term. As before, we make no claim to be able to assign probabilities to particular outcomes and, for that reason, our central forecast should not be interpreted as representing a median, mean or modal forecast. Rather it represents a plausible intermediate scenario lying somewhere within the range of possibilities. (Para 2.30)

The key takeaways are: