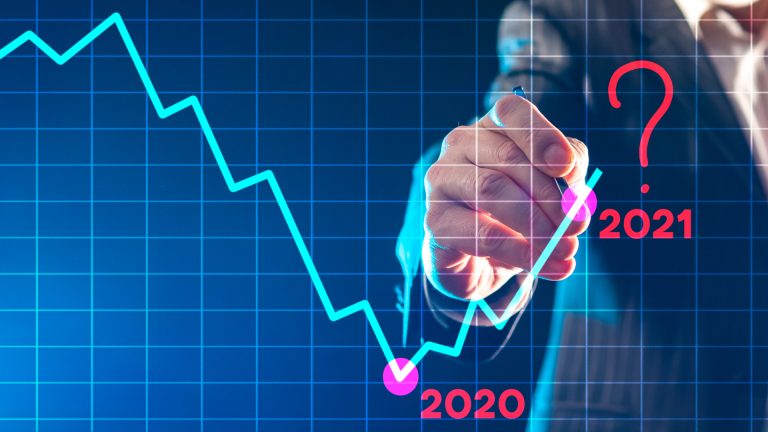 The Scottish Fiscal Commission’s forecasts accompanying the Scottish Budget last week triggered the conditions for a ‘Scotland specific economic shock’. As a result, additional budgetary flexibilities for the Scottish Government are unlocked. Somewhat paradoxically however, the same forecasts also told a relatively positive story on Scottish income tax, with Scottish income tax revenues providing a larger budget boost in 2021/22 than in the previous two budgets.

This article considers how this apparent paradox can be reconciled, and asks how significant the flexibilities triggered by the shock are likely to be.

The criteria for a ‘Scotland-specific economic shock’ are:

On the basis of the Scottish Fiscal Commission’s forecasts released last week – together with the OBR’s UK forecasts released in November, a Scottish specific shock is forecast to occur in Quarter 3 of 2021. At this point the 4Q-on-4Q growth rate is -1.6% for Scotland but just -0.4% for the UK.

But this does not mean that any meaningful divergence between the Scottish and UK economies is anticipated in practice. Instead, the triggering of the economic shock criteria reflects a fluke in the timing of the two sets of forecasts.

The OBR’s forecasts were published in November, before news of the new year lockdowns had been made. By the time the SFC had published its forecasts in January, the reality of a return to full lockdown had become apparent.

This two-month gap between forecasts causes the SFC to assume that economic activity will not bounce back as quickly in the latter part of 2021 as the OBR had judged that it would in November (Chart 1).

So whilst in a technical sense an economic shock has been forecast, there are no grounds for saying that the fundamentals of the economic outlook are meaningfully different. Indeed, economic growth rates have evolved in lockstep thus far during the crisis (Chart 2) – reflecting the fact that both economies are similarly exposed on average to the effects of restrictions[1], (and in the short-term due to technical details of the way Scottish GDP is measured). It seems quite probable that the OBR might revise its 2021 UK growth forecasts to be closer to the SFC’s for Scotland when it publishes its next outlook in March, taking into account the current outlook for restrictions.

What new flexibilities are unlocked by the shock, and how useful might they be?

Specifically, as a result of the ‘shock’, the government’s borrowing limit for forecast error will increase from £300m to £600m. At the same time, the limits on annual drawdowns from the Scotland Reserve increase, from the normal £250m for resource spending and £100m for capital spending, to a total of £700m.

How useful will these additional flexibilities prove to be?

The increase in the forecast error borrowing limit might not in practice make much difference this year. The forecast error reconciliation in budget 2021/22 is £319m, so in practice the additional flexibility allows an extra £19m borrowing to take place, which the govt would otherwise have had to find from this year’s allocation.

The increase in the drawdown limit from Scotland Reserve is potentially more significant this year. But the govt can only drawdown from the Reserve what it has already paid in. In the 2021/22 budget, it sets out plans to draw down £230m resource, which is just within the normal limits, and represents everything in the resource Reserve at the current time. So the additional flexibility is, at the moment, more theoretical than real. That said, further underspends from 2020/21 are likely to emerge in the next couple of months, so it is likely that the SG will be able to take advantage of the increased flexibilities as the year progresses.

On capital, the budget sets out plans to drawdown £200m from the Reserve, which is above the usual limit of £100m. The government is therefore already getting some benefit from the additional flexibilities.

It is important to note that the additional flexibilities triggered by the shock are retained until 2023/24, even if criteria for the shock no longer remain after the OBR’s next set of forecasts in March. So whilst the flexibilities triggered by the shock are modest – and in some cases will prove more theoretical than real – the Scottish Government is likely to make use of them in each of the next three financial years.

When it comes to income tax, what matters for the Scottish budget is how much tax is raised relative to the amount taken off the block grant – the Block Grant Adjustment (BGA). The BGA is calculated by reference to the growth rate of equivalent tax revenues in rUK.

When Scottish revenues (forecast by the SFC) are higher than the BGA (calculated on the basis of forecasts by the OBR), the Scottish budget is better off as a result of tax devolution than it would have been otherwise.

The concept of the BGA is much maligned, but the pandemic has shone a light on one of its key strengths. A recession that causes a large fall in income tax revenues in absolute terms does not undermine the Scottish budget, because what continues to matter is the growth rate over time of Scottish tax revenues compared to those in rUK.

In the 2021/22 budget, the difference between Scottish income tax revenues and the income tax BGA is forecast to be £475m. This represents a significant improvement on the latest position for 2020/21, where the net tax position is forecast at £173m (Chart 3).

On this question, the SFC is straightforwardly candid. It states: ‘We believe the relatively higher level of tax revenues compared to the BGA largely arise because of the significant uncertainty around COVID-19 and its effects on the data and judgements used in both our and the OBR’s income tax modelling. We do not expect Scottish tax revenues actually to perform significantly differently to UK wide tax revenues in 2021-22.’

In other words, the two sets of forecasts – and the forecast boost to the Scottish budget from income tax in 2021/22 – should be taken with a very large pinch of salt.

On the one hand, this is seems a reasonable point to make. It is hard to deny that there is unprecedented uncertainty about what might happen to the economy and labour market in 2021/22. And here, the reliance of the Scottish budget on two sets of forecasts is not necessarily helpful. Even if two different forecasters were looking at exactly the same robust data, they might come to different judgements about how particular trends might evolve in the future. That scope for divergence on future judgements is magnified when the data that forecasters do have access to is volatile, patchy and telling an inconsistent story – as has often been the case in 2020; or when the data available to the two forecasters is not entirely equivalent. And the scope for different interpretations and extrapolations is magnified further still when the context is so unprecedented.

On the other hand, this lack of a single and simple explanation of the income tax position is frustrating for those seeking to understand how the outcomes of the forecasting process have come about. In particular, the relatively positive outlook for income tax seems difficult to reconcile with the point that the SFC’s forecasts were made after stricter lockdown measures for 2021 had been announced, whereas the OBR’s were made before.

The SFC’s candor in relation to the degree of uncertainty is welcome. But the point implicitly made – that there is a degree of arbitrariness to the outcome, given the scope for forecasters to arrive at different judgements – will feel disconcerting to those who expect budget outcomes to be the result of more tangible factors.

The criteria for a Scotland specific economic shock have been triggered in a technical sense, but this reflects a fluke of timing rather than a view that the outlook for the Scottish and UK economies is fundamentally different.

Despite the fact that the economic shock criteria have only been met in a very literal sense, the Scottish and UK Governments have agreed to trigger the additional budget flexibilities that the shock allows. These flexibilities are modest, giving the Scottish Government additional flexibility to move money across years. But they will prove quite useful over the next three years.

Income tax revenues are forecast to provide a boost to the Scottish budget. But there is so much uncertainty around this figure, it needs to be taken with a pinch of salt.

What this illustrates are the risks of basing a Scottish budget on the interaction of two sets of forecasts made by different forecasters at different points in time. This is particularly the case at the current time. Neither forecaster thinks there are good grounds to expect divergence in the outlook for Scottish and UK GDP or income tax revenues. But it is inevitable that forecasts themselves diverge when they are made at slightly different points in time during a fast-moving and unprecedented pandemic.

It is not obvious that there is a better solution – but the fiscal framework review should certainly consider the options.