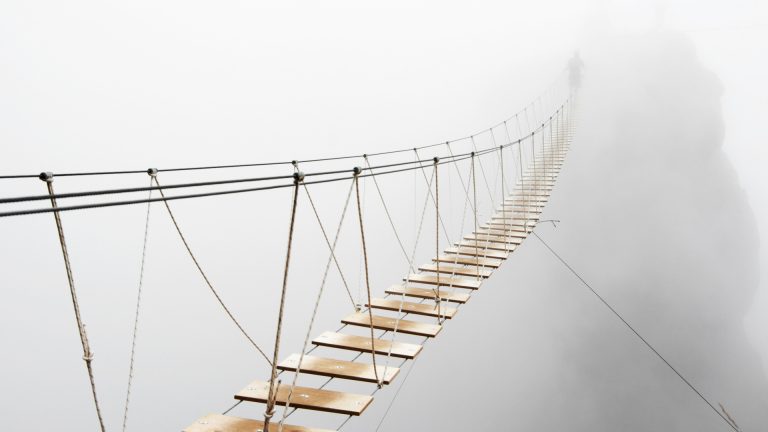 The UK and Scottish governments recently announced welcome progress in agreeing the scope of a review of the Scottish fiscal framework. What has been agreed so far is welcome, but there are still some details to be ironed out.

February 23rd 2016, Scottish Parliament. At 2pm, First Minister Nicola Sturgeon tells MSPs that after 11 months of negotiations, a deal with the UK Government on arrangements for a new Scottish fiscal framework – to operationalise the fiscal powers recommended for devolution by the Smith Commission – has almost been struck. A ‘fair resolution’ has been reached on the financial transfers between the governments to meet implementation and administration costs. Arrangements for capital and resource borrowing have been settled. Importantly, the UK Treasury has agreed that, until 2022, the adjustment to the Scottish block grant to account for tax devolution will be made according to the Scottish Government’s preferred approach.

There is just one outstanding issue – what happens to the block grant adjustments after 2022? Both governments agree there should be a review of the block grant adjustment (BGA) mechanisms at that point. The Scottish Government thinks this review should take place with an open mind (‘without prejudice’) as to the potential outcome. But it is worried that the UK Government sees the review as a way to adopt its preferred mechanism for adjusting the Scottish block grant. Adopting this method would, according to the FM ‘extract a significant price in return for the powers that Scotland was promised’. She adds: ‘I will not sign up to a systematic cut to Scotland’s budget, whether that cut is applied now or by a prejudged review in five years’ time’.

Just three hours later, the First Minister provides a second update to the Chamber. A deal has been reached. The Scottish Government’s preferred approach to calculating the BGAs will be implemented for a ‘transitional’ period of five years. Following this, the approach will be reviewed in 2022, with the review itself being informed by an independent report in 2021. Crucially, neither that independent report, nor the review that follows, will prejudge the approach to adjusting the block grant beyond 2022. ‘The deal will not allow a single pound or even a penny to be taken from the Scottish Government’s budget’ says Sturgeon.

But what should the scope of the review be?

So the commitment that there would be a review of the 2016 Scottish fiscal framework was an important part of the agreement itself. But it has been suspected for some time that the two governments might find it difficult to agree the specific terms of the review and the report.

The UK Government is known to favour a narrow review, focussing on the question that dogged negotiations in 2016 – which specific mechanism should be used to index the changes to the block grant to account for new tax responsibilities?

The Scottish Government in contrast favours a broader review, covering the full range of issues addressed in the fiscal framework – including limits on existing borrowing and reserve powers to address forecast errors and support capital investment, and issues around inter-governmental coordination and dispute resolution.  The Scottish Government has also argued that the review should consider the nature of the fiscal settlement more generally, including scope for further tax devolution and powers to borrow under additional circumstances (beyond the existing powers to manage forecast errors and support investment spending).

Until recently, little progress on agreeing the scope of the review had been made. But in early October the UK and Scottish Governments announced ‘progress’. This was followed this week by further details from both governments.

What has been agreed so far? The two governments have agreed that there will be an independent report, commissioned in 2021. This report will focus solely on the block grant adjustment (BGA) question, not any of the wider fiscal framework issues.

In return for this apparent concession, the Scottish Government has secured agreement that the subsequent review will cover a ‘broader’ range of fiscal framework related issues, it will include stakeholder engagement (as opposed to being a purely intergovernmental negotiation) and will begin in early 2022 (rather than being kicked into long grass, which was looking increasingly likely).

The heart of the disagreement between the governments during the fiscal framework negotiations in 2015 and 2016 was around how the reduction to the Scottish block grant – to account for the transfer of revenues from the UK to the Scottish government – should be indexed over time. This is the question the forthcoming independent report will focus on.

The Smith Commission had established some principles to inform the design of this indexation mechanism. But these principles were inconsistent with one another. In the negotiations, the Scottish Government favoured its interpretation of the ‘no detriment’ principle. This led to it arguing for the so-called ‘indexed per capita’ mechanism for indexing the block grant adjustment.

Under this IPC mechanism, the Scottish budget is neither better nor worse off than without tax devolution as long as devolved tax revenues grow at the same per capita rate as the equivalent revenues in rUK.

The UK government argued that the IPC approach is not consistent with its interpretation of the Smith Commission’s ‘taxpayer fairness’ principle. Because of the way that the block grant adjustments interact with the Barnett Formula, some of any increase in rUK tax revenues – for taxes that are devolved to Scotland – can feed through to the Scottish budget. (For a practical example for how this can happen, see here). This led the UK government to argue in favour of the ‘Comparable Method’ which overcomes this issue to an extent (but not fully). But the Comparable Model is inconsistent with the Scottish Government’s interpretation of the ‘no detriment’ principle as it does not take into account the effects of slower population growth in Scotland on the relative growth rate of total tax revenues.

A different debate this time around?

So we now know – officially – that the fiscal framework independent report and subsequent review will consider the block grant adjustment question, and in particular revisit the IPC v. CM debate.

Will this debate be fundamentally different this time round than in 2016? Probably not.

Beyond this specific IPC v. CM issue, the governments have agreed that the report itself will consider the merits of other block grant adjustment (BGA) indexation methods. This might include methods that take more account of differences in the distribution of income in Scotland and rUK. It might also include scope to provide more insurance against revenue risks outwith the Scottish Government’s control (such as the disproportionate impacts of changes in the global oil price on the Scottish economy).

The governments have agreed that the review will be ‘broader’ in scope than the report, but its not clear yet exactly what that means. Hopefully it means that the review will cover all aspects of the existing fiscal framework. There is certainly a clear case for the review to consider the adequacy of existing tools to manage forecast error volatility and underspends through borrowing and reserves. There is also a need to clarify issues around ‘spillovers’ (where the policy decisions of one government affect the revenues or spending of the other), the processes for resolving disputes, the operation of the ‘Scotland-specific economic shock’ clause, and the adequacy of existing capital borrowing powers (which, under current arrangements are fixed in cash terms and hence decline in significance over time).

Where there remains uncertainty is whether the review will go much beyond the adequacy of the existing provisions in the fiscal framework. The Scottish Government is keen to ensure that the review will consider its aspirations for greater budget flexibility more generally, including the scope for new powers on discretionary resource borrowing. It has also made the case for devolution of further tax powers – including NICs, Capital Gains Tax, and fuller devolution of income tax and VAT – to be considered as part of the review.

HM Treasury is likely to resist these demands. The Scottish Government might be able to make a successful case for the review to consider the case for additional borrowing powers (rather than just extended limits for existing purposes) – but possibly only by making concessions elsewhere.

It seems very unlikely that the UK government acquiesce to a discussion about new tax powers as part of this process, unless there was unanimous cross-party support for such considerations. But even if there were, HM Treasury would likely argue that an inter-governmental review of the fiscal framework is not the best mechanism through which to have those deliberations.

There was always going to be a review of the fiscal framework in 2022, preceded by an independent report. But for a long time there has been uncertainty around the scope of both.

It is welcome to hear that, although the report will focus on the BGAs, it will consider alternative options rather than simply re-hashing the narrow IPC v. CM debate.

It is also very welcome that the review itself will consider a wider range of fiscal framework issues than just the BGAs. Some aspects of the current fiscal framework were thrown together rather hastily in 2016, often based on speculative judgements about the sorts of budget management tools might be needed. The opportunity to review these provisions based on actual experience to-date is essential.

It is also welcome that the governments have agreed that there will be a degree of stakeholder involvement in the review. The confidential nature of the discussions leading up to the 2016 agreement were not conducive to achieving a robust and sustainable agreement.

But it should be remembered that the precise scope of the review remains to be formally agreed, and there remains scope for haggling around the finer details. How the review itself will actually be undertaken – what analysis will be done, and how decisions will be taken – is unclear. Whether or not it will cover all aspects of the existing fiscal framework is not yet formally agreed. And how far the review goes in considering certain specific issues – such as the ability of the Scottish Government to borrow for purposes other than forecast error and capital investment – remains to be seen.

Nonetheless, the scope of the review is coming into clearer focus, and it looks increasingly likely that the review itself should begin in early 2022, as envisaged when the existing framework was agreed in 2016.