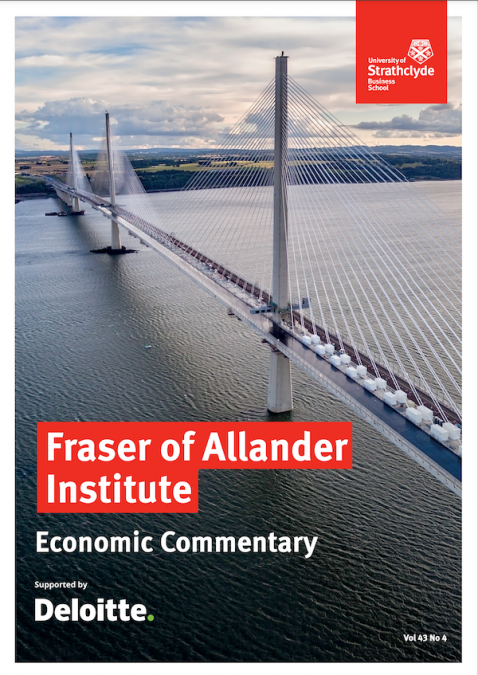 The outcome of the UK General Election has resolved one element of uncertainty in the UK economic policy landscape – the UK will now leave the European Union on the 31st January.

However, any hope of a swift resolution to the recent period of uncertainty is likely to be dashed according to the latest Economic Commentary by the Fraser of Allander Institute at the University of Strathclyde, which is produced in partnership with Deloitte.

The nature of the UK’s future economic relationship with the EU has still to be resolved within just 12 months, whilst the divergence in election results between Scotland and the rest of the UK has fuelled calls in some quarters for a second independence referendum.

All of this comes at a time of ongoing weak economic performance.

The latest analysis by the Institute shows that the UK economy stagnated over the three months to October, with business investment remaining a key drag on growth.

New Scottish economic data is published tomorrow – covering the slightly earlier three month period to September – and it is likely to show that, whilst the Scottish economy has returned to growth (thus avoiding a technical recession), performance over the year as a whole has remained fragile and well below trend.

Professor Graeme Roy – Director of the Institute – said “2020 promises to be a year of further debate over the future of the Scottish economy.

“The outcome of last week’s election is only likely to intensify the debate over the prospects for a second independence referendum. For some, Brexit represents a ‘material change in circumstance’. For others, ‘once in generation’ still holds.

“As we look forward to next year, there are likely to be two parallel debates. One on the process surrounding whether or not a second referendum should take place. And the second, about the prospects for Scotland under different constitutional settlements.

Graeme is Professor of Economics at the University of Glasgow, and formerly Director of the Fraser of Allander Institute