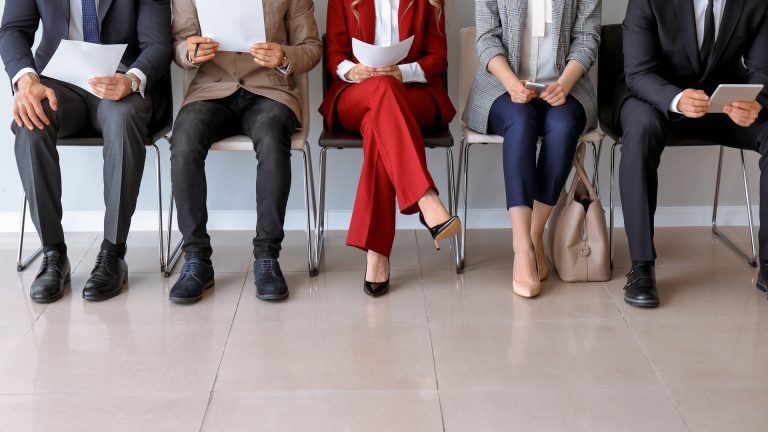 Since the onset of the pandemic in early 2020, the UK and Scottish labour markets have been reshaped in a number of ways; we’ve seen significant parts of the labour force furloughed and huge changes to the way of working for many.

This morning we received new data on the UK labour market. This article reviews these new data and sets out some of the longer-term challenges and trends that are emerging.

The latest data continue to indicate a degree of recovery in the Scottish labour market. The unemployment rate sits at 4.3%, down 0.3%-points on a year ago, with the employment rate up to 74.2%, 0.4%-points higher than this time last year.

Throughout the pandemic we’ve noted that the presence of the furlough and other support schemes that were put in place in early 2020 have resulted in much more muted changes in headline labour market measures than we might otherwise have expected.

With this in mind, the closure of the furlough support scheme at the end of September is going to be a critical point in understanding the scale of the challenge facing the Scottish labour market.

The pandemic has created some challenges for measuring and understanding what is happening in the labour market. One issue has been that the introduction of a furlough scheme has challenged our interpretation of headline labour market measures like the employment rate, with those on furlough being classed as in employment but temporarily away from work.

Another set of issues relate to measurement challenges. There have been a number of tweaks to the methodology used in producing these numbers through the pandemic, reflecting challenges to the previous approach which emerged as a result of the characteristics of the pandemic. You can read more about these here.

These issues with the headline data mean that we’ve seen growing importance placed on wider measures of labour market activity such as payroll employment and the claimant count. What do these tell us?

Payroll employment data are based on data collected by HMRC on those who are registered for PAYE (pay as you earn) tax. This administrative data source has a number of advantages over survey-based measures, not least that it is derived from data reported to HMRC by employers rather than based on a survey of individuals, but also that it is based on a large sample which supports more detailed breakdowns of the data, including by month, and that it is timelier than survey-based measures.

In Scotland, payroll employment remains a little below its pre-pandemic level – and with important variations across Scotland.

Chart 2: Payroll employment across the UK

South and West Scotland have almost regained March 2020 payroll levels, while the North East continues to lag significantly behind as it wrestles with the twin challenges of the pandemic and declines in activity in the North Sea.

The number of people claiming unemployment-related benefits rose sharply at the start of the pandemic, exceeding 200,000 for part of 2020.

It has dropped back since then and continued to drop in July, falling by just over 3,000 to sit at 176,000. However there remain over 60,000 more claimants than there were in March 2020, and the ending of furlough support at the end of next month may reverse these recent improvements in the claimant count.

It is important to note that not everyone claiming unemployment-related benefit is unemployed. The introduction of Universal Credit led to changes in the way in which the number of people seeking unemployment benefits (usually referred to as the claimant count) was measured.

The resulting measure, which includes those who are required to seek work to qualify for their benefits (such as those part-time workers with very low earnings), has become more widely discussed in light of the pandemic given significant movements in these numbers at the same time as the LFS survey-based measure showed little change.

A key reason for the more muted movements in headline labour market measures than we saw in other countries, like the US, is the presence of the Coronavirus Job Retention Scheme which facilitated the furloughing of large swathes of the labour force through the pandemic.

Chart 4 shows the trends since July 2020 for the UK and Scotland – which as you might expect follow the tightening and easing of public health restrictions closely.

From July onwards employers face paying increasingly more to continue to furlough their staff (see summary table below from gov.uk). One consequence of this is that we are likely to see further declines in the number of jobs furloughed from July onwards ahead of the closure of the scheme at the end of September. This in turn may lead to greater movement in other labour market indicators.

Another sign that the recovery has picked up pace with the easing of public health restrictions comes from the data on the number of vacancies across the UK (sub-UK breakdowns are not available on these data).

In the three months to July 2021, the number of vacancies in the UK hit its highest level since 2011 (this is when these data began to be collected).

Perhaps unsurprisingly, the fastest growth in vacancies is within the sectors that have been most affected by public health restrictions, namely: ‘Accommodation and food services’, ‘Arts, entertainment and recreation’ and ‘Other services’.

Earnings data is often looked at as a key proxy for conditions in the labour market. If wages are growing rapidly this is usually taken to be a good sign about the health of the labour market with competition for workers leading employers to increase their wage offer to attract the workers they need. In turn this increase in earnings generates improvements in people’s prosperity.

Arguably the best source for sub-UK wage data is the Annual Survey of Hours and Earnings, despite it only providing partial coverage of all earnings (it does not include the self-employed, for example). This annual measure is useful for detailed breakdowns of earnings, but comes at the expense of not providing a measure of how earnings are changing throughout the year.

For this task we only have only UK wide measures (there are sub-UK measures that it is possible to look at from the Labour Force Survey and the HMRC Real-time information, but the sample size for the former makes these an unreliable measure of sub-national earnings and the latter is a relatively new and experimental measure). What do the latest UK wide earnings data tell us?

Annual pay growth of ‘total pay’ hit 6.6% in the three months to June 2021 in real—terms (after adjustment for inflation), the equivalent figure for ‘regular pay’ was 5.2%. As Chart 6 shows this is the highest annual growth rate for average weekly pay recorded in these data.

However, there are very important caveats around this.

This result is partly driven by two important factors that are not indicative of improving workers prosperity – a compositional effects and so-called ‘base effects’.

Base effects can produce very high growth rates in certain periods when the period they are compared with (the base period) is a period of exceptionally and unusually low earnings (for more on this see the ONS’s blog: Beware Base Effects).

In addition, there are ‘compositional’ changes here. Through the pandemic we have seen a change in the composition of those in employment, and where this has reflected declines in those in lower-paid work the effect of this change in the composition of those employed is to put upward pressure on average earnings. Simply put if those in lower paid employment lose their jobs while those in better-paid jobs retain them the effect of this is to increase average earnings, but no one would suggest that this indicates that the labour market is doing well.

With the economy now largely reopened and the lifting of many of the public health restrictions, and the economic recovery underway, there are a number of key challenges and issues which mark the outlook for the labour market.

A key concern remains what will happen to the large number (1,857,400 jobs in the UK as at 30th June) of jobs still on furlough when the scheme finally closes next month. But a whole series of other issues are important to bear in mind as we look towards the next year or more.

Finally, it’s important to emphasise that all of the wider trends and challenges that existed pre-Covid persist. Concerns about job quality and fair work, the impact of automation and the need for lifelong learning, and of course the need to better align investments in education and skills with the needs of the modern economy.