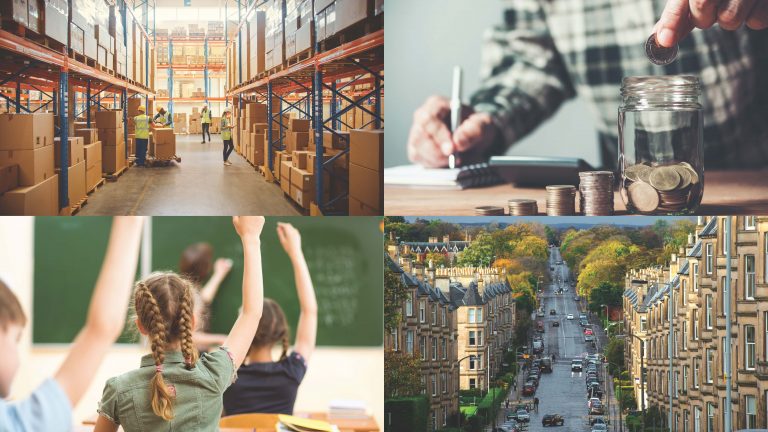 Improvements in living standards – which we had come to expect in the decades before 2010 – have stalled dramatically in Scotland since 2010, affecting the health of the population. At the same time, inequalities of earnings, income, wealth and education remain relatively high in Scotland, in comparison both to the past and to many comparable European countries.

These are the two key findings of a new report published by FAI today which explores trends since 1999 in the key factors that influence health.

Today’s report sets out that:

The report argues that these two key features of the Scottish economy are likely to influence future health in Scotland. Improvements in life expectancy in Scotland had already stalled from 2012, and health inequalities remain high – as discussed in a recent report from the University of Glasgow (‘Health inequalities in Scotland’, Miall et al. 2022).

Today’s report is part of a major programme of work to better understand trends in health inequalities in Scotland, and the wider determinants of health.

The Health Inequalities in Scotland: An independent review, is funded by the Health Foundation, working with Scottish research partners and an expert advisory group. The review aims to provide a robust evidence base for future policy development and delivery – action that will improve people’s long-term health and close the health gap between the richest and poorest.

Today’s Fraser of Allander Institute report aims to provide a comprehensive assessment of how inequalities in the socioeconomic determinants of health have evolved in Scotland over recent decades, with a particular focus on the period since 1999. The report argues that factors including financial security, the quality of housing and the local environment, education, and employment, can affect health in a multitude of ways.

Commenting on the report, David Eiser, Deputy Director at FAI and author of the report said:

“The links between the economy and health are complex and work both ways. We’ve seen this in the context of Covid (where socio-economic circumstances influenced vulnerability to the disease), and the current cost-of-living crisis – which has the potential to affect health in a number of ways.”

“Today’s report represents a comprehensive attempt to map and assess trends in a wide range of the socioeconomic determinants of health in Scotland including incomes and poverty, wealth and debt, employment and education, housing and more.

“Across these areas the message is clear. Inequalities are high, and progress has slowed. Addressing socioeconomic inequalities and improving living standards will be key to making meaningful progress in towards improving the health of Scotland.”

“Today’s report sets out a strong evidence base.  The Health Foundation’s report, to be published in January, will consider evidence from the review and focus on how Scotland can build on strong policy intent to create a sustainable approach to closing the gap in health outcomes.”

Other findings from the report include:

Allison is an economist at the Fraser of Allander Institute.