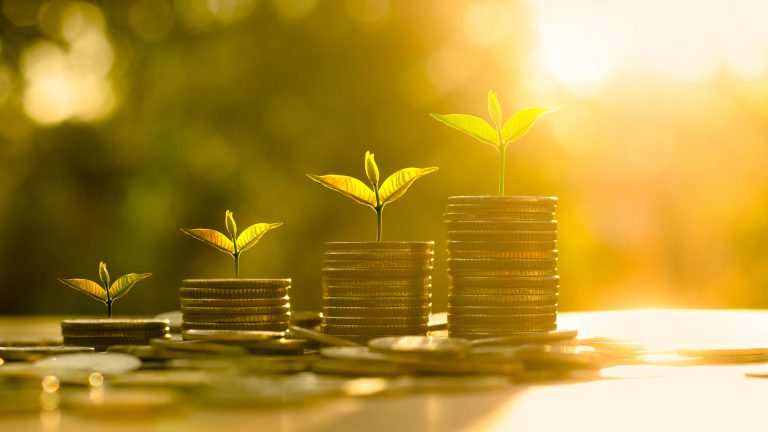 Interest in the merits and feasibility of major reform of wealth taxation in the UK had been mounting long before the Covid-19 crisis. Clamour for reforming wealth tax was due to several reasons:

The Covid-19 crisis is accentuating this interest in wealth taxation. Governments will require to raise revenues to support public spending which is likely to remain elevated for some time to deal with the fiscal effects of the crisis and its aftermath. The crisis also has the potential to widen pre-existing wealth inequalities, partly because of the groups most affected in the labour market, and partly because of the likely impacts of monetary policy on raising asset prices (benefitting those who already have ‘have’ over the ‘have not’).

A recent YouGov poll found that there may also be public support for a form of wealth tax. 61 percent of people said that they would approve of a wealth tax for those with assets of over £750,000.

But how should a wealth tax be designed? What and who should be taxed in principle, and would this be feasible in practice? And, given the interest in devolving greater revenue responsibility to the Scottish Parliament, would a wealth tax be suitable for devolution? This article considers some of these questions. But first, some key facts.

Trends in wealth inequality and revenue from current wealth taxes

Our estimates using data from the Wealth and Assets Survey show that the net wealth of all Scottish households was £1,040bn between 2016 and 2018. Net wealth is composed of all physical wealth, property wealth, pension wealth, and financial wealth. The significance of ‘net wealth’ rather than ‘gross wealth’ is that it captures the wealth of a household after subtracting all liabilities such as loans.

The Wealth and Assets Survey is currently the most comprehensive dataset on wealth in the UK, but there are some caveats with interpreting the data. Even though the data is based on a representative sample of households, it may still be subject to a degree of sampling error – the difference between the results obtained from the sample and the results that would be obtained if the entire population was fully enumerated. Other potential sources of bias include response errors such as misleading questions, interviewer bias or respondent misreporting.

Chart 1: Shares of total wealth by percentile of the wealth distribution in Scotland and rUK

Chart 2: Gini indices across different types of wealth in Scotland and rUK

The current UK tax system does impose some taxes on wealth. These include taxes on some wealth transfers (such as inheritance tax) and some taxes on returns to wealth (capital gains tax). But as a proportion of national income, these taxes raise relatively little (and slightly less in Scotland than rUK as a result of the geographical distribution of assets).

Chart 3: Revenue from different sources of tax in Scotland and the UK

Advantages and disadvantages of different forms of wealth taxation

The economics and public finance literature points to a number of advantages and disadvantages with a wealth taxation (aside from any political arguments).

In principle, wealth can be taxed in one of several ways. We can tax transfers (bequests) of wealth between a donor or recipient; we can tax the return generated by a given stock of wealth; or we can tax the stock of (net) wealth itself.

The UK currently taxes some types of wealth transfer and some types of returns on wealth. The UK has never had a tax on net wealth, although there is growing interest in the possibilities.

Taxes on transfers of wealth

Taxes on transfers of wealth occur when a gift or bequest is transferred from donor to recipient. Inheritance tax is the obvious such tax in the UK. The case for IHT is that it mitigates the unfairness of some individuals receiving unearned inheritances – largely through the luck of having wealthy parents – when earned income in comparison is taxed. However, the UK’s IHT is subject to a high allowance and a multitude of reliefs. Some have argued that it no longer works effectively as a sensible approach to taxing wealth transfers.

More importantly, it has been claimed that taxing estates on death is an inefficient way of securing the sorts of objectives that IHT is ostensibly designed to achieve (Corlett, 2018). It might be better to tax recipients on the value of bequests that they receive throughout their lives (possibly from multiple donors), rather than taxing the deceased’s estate.

However, there would clearly be a myriad of challenges in implementing a tax on lifetime receipts, notably in how to track these receipts over time in the context of whatever ‘lifetime receipts allowance’ the government had established (Summers, 2019).

In the UK, returns on wealth are taxed through income tax (where it is applied to income from investments such as property and share dividends) and Capital Gains Tax applied to increases in the value of an asset held since its acquisition.

In principle, there is a good case for taxing excess returns on wealth. Although again, the UK approach is characterised by a complex system of reliefs, allowances and exemptions – which mean that returns on different forms of wealth are treated inconsistently from one another (and returns on some forms of wealth being untaxed for no particularly good economic reason).

Taxes on net holdings of wealth

Beyond these existing ways of taxing wealth, there is also growing interest in the possibility of a tax on net wealth. A net wealth tax would tax individuals based on the total value of their assets minus debts (with the government determining the tax rate and the types of asset that the tax applies to). A net wealth tax like this has intuitive appeal for its simplicity.

But there are some obvious reasons why taxing net wealth might be challenging (and have downsides) even if there are good arguments in its favour.

As highlighted by the Mirrlees Review of Taxation, a net wealth tax takes no consideration of whether wealth has been inherited or accumulated from taxed savings; nor does it take into account the fact that different stocks of wealth might generate very different rates of return.

There would be practical issues to think about too in introducing a new wealth tax. How should net wealth be defined to minimise distortions in the form that people hold wealth (to what extent should pensions, art or cars be included for example?) How could individuals’ net wealth stocks be reliably valued?

There could also be concern about the behavioural responses to a net wealth tax. At one extreme these concerns may relate to the possibility that wealthy individuals might domicile elsewhere (although how much sympathy such arguments would have is unclear). But on practical level, care would have to be taken to ensure that a net wealth tax did not have an impact on more practical issues, for example dissuading people from saving for their retirement. There are ways around all of these issues of course – for example providing allowances and incentives to build up pensionable wealth – but it would require careful design.

It is also often argued that a net wealth tax could place a disproportionately higher burden on “asset-rich and income poor” households. Chart 4 shows that 4% of Scottish households are estimated to be concurrently in the top fifth of the wealth distribution and the bottom fifth of the income distribution. This might pose another set of (not insurmountable) challenges for the design of a net wealth tax to consider.

Chart 4: Share of households in each decile of the wealth and income distribution in Scotland

Taxes on wealth – a way forward?

There may be a case to consider how wealth is taxed in the UK, and in a way that is more coherent and consistent than it is currently. There is also a growing consensus that wealth taxation should play a more important role in raising revenue for government and equalising the skewed distribution of UK wealth – with all the implications for social mobility that that brings.

But reforming wealth taxation faces some feasibility challenges, let alone the political ones.

A major multidisciplinary project has recently been established to examine many of these issues in far more detail for the UK, which is very welcome.

One issue that the project has not explicitly set out to address is the extent to which a wealth tax would in principle be a suitable candidate for implementation at devolved level.

In many ways, at first glance, a wealth tax seems an unlikely candidate for devolution – the tax base is likely to be only partially related to the policies of the devolved government, and there might be concerns about the scope for behavioural implications if rates were different throughout the UK. Finding ownership of wealth by geography may also not be as easy as it would seem at first glance.

Nonetheless, ongoing interest in the idea that the Scottish Government should have greater financial responsibility – and that its revenue streams should be diversified from the current heavy reliance on income tax – means that the issue of devolution will be an important question to consider. At the same time, if a key goal of the Scottish Government is to tackle inequality in Scotland, then looking carefully at wealth taxation could – in principle – be an important policy lever.