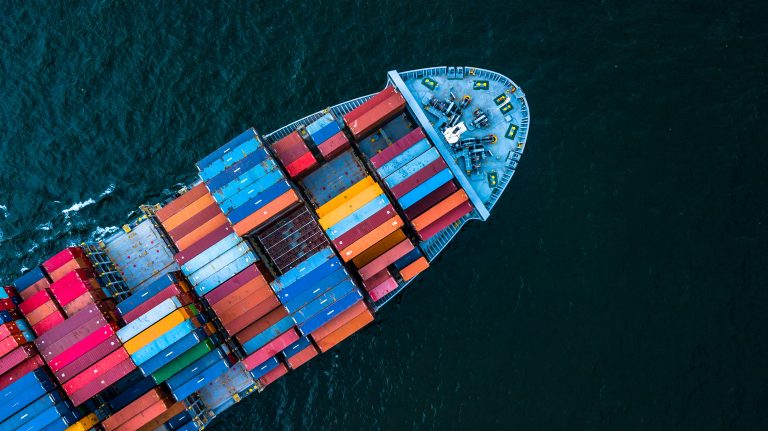 Economic theory tells us that trade can help boost employment outcomes in the long run. However, the benefits of trade are not necessarily experienced equally, or at all. Evidence suggests that some sectors do better than others and that the impact on labour can differ by gender, skill groups, age groups and part of the UK.

Today we have published a new report on behalf of the UK’s Department for International Trade  – ‘Evaluating the impact of exports on UK jobs and incomes‘.

The report examines how jobs in the UK are supported by exporting activities. In particular, it investigates how these supported jobs are held within different parts of society.

The table below shows the numbers of FTE jobs for selected EU and Non-EU countries.

In contrast, the largest numbers of jobs supported by exports to the US are in either Financial and insurance services or Administrative and support services, dependent on the basis of the calculation. Of course, given the dominance of manufactured goods in exporting in general, there are still significant numbers of FTE jobs that are reliant on Manufacturing destined for the US.

We use the characteristics of the employees in different sectors of the economy to estimate the gender disaggregation of FTE jobs supported by exports.

The share of female employment is often used as a determinant of gender equality within the labour market and has been a topic of discussion for many years now. In 2016, the UK labour market had around 57% (or 16.4 million) FTE jobs filled by men and the remaining 43% (12.5 million) filled by women.

As well as holding more jobs than women, men also benefit disproportionately from exporting activity in the UK. Table 9 shows that male jobs account for two thirds (64%) of all jobs supported directly and indirectly by exports in 2016. Put differently, the share of female jobs that are supported by exports is much lower than that of male jobs; our estimates show that around 19% (2.4 million) of all female jobs are supported directly and indirectly by exports, compared to 25% (4.2 million) of male jobs.

Manufacturing accounted for around 9% of total FTE jobs in 2016, with 77% of these filled by men. In contrast, in industries with a much higher female concentration of FTE workers, such as Education or Health and social work, export propensity is far lower.

GVA data were used to apportion FTE jobs to the countries and regions of the UK.

Given the dominance of London in the GVA data, it is not surprising that this region comes out top, with over a quarter (26.3%) of all supported jobs estimated to be in London. Even when correcting for population, the jobs supported by exports in London is still significantly higher than the other regions.

GVA is a workplace–based measure, and therefore GVA in London will be supported by residents from other regions commuting to the area, which should be borne in mind when interpreting figures such as this.

After London and the South East, the region with the next greatest number of FTE jobs supported directly and indirectly by exports is the North West, which reflects its relatively high proportion of manufacturing industries.

In proportional terms, the regions and countries which have the most FTE jobs supported by exports to the EU are Northern Ireland, East Midlands and Scotland with 44.5%, 44.4% and 44.3% respectively. However, it is important to bear in mind that GVA is used to allocate these jobs to regions. Some regions and nations may have stronger or weaker export profiles than this suggests and may also have a different pattern of exports to the EU and RoW.

In the accompanying report spreadsheet, there are breakdowns by NUTS 1 region by sector, gender, and broad destination.

Which years does it cover?

This research only examines the jobs supported by exports for the years 2014-2016 due to the long time lag required to produce input-output tables.

Bringing the estimates more up-to-date or ‘nowcasting’ the results is a potential extension to this project, laid out below.

What does and doesn’t this report say?

All estimates relate to existing UK-based jobs (that is, ‘supported’) rather than newly created jobs (‘created’). It does not attempt to predict economic changes due to new trading relationships.

It also does not examine causality. E.g. does exporting lead to the success of businesses, or do successful businesses export, or some mixture of the two.

What are the direct, indirect and induced effects?

The report focuses on the direct and indirect effects of exporting on UK jobs:

However, the analysis also enables estimation of jobs supported due to the wage spending of those employed directly and indirectly in UK exporting sectors and their UK supply chains. When adding in these induced effects, the number of FTE jobs supported by exports rises to 11.3 million, or 39% of FTE jobs in the UK.

How are these estimates produced?

This project, commissioned by the Department for International Trade (DIT), produces for the first time a comprehensive set of indicators to estimate the aggregate and various distributional impacts of UK exports on the labour market. This allows for an in-depth understanding of the relationship between exports and the labour market in the UK. The indicators are highly detailed and include a large number of sectors, a yearly time series covering the years 2014-16, a large number of trading partners, breakdowns by gender, occupation group, age group, qualifications, and UK NUTS1 region.

The estimates are based on combining data from the Office for National Statistics (ONS) UK input-output (IO) tables and other ONS sources, including Workforce Jobs, the Annual Survey of Hours and Earnings, the Annual Population Survey and Trade in Goods and Services by Industry data. IO modelling provides a useful framework for estimating the impact of exports on the labour market if augmented with additional economic and labour market data. To our knowledge, this is the first attempt internationally to quantify such a comprehensive range of impacts using an IO approach at this level of granularity.

How do they differ from other estimates?

Our estimates differ from other exercises that use the same framework as a building block for producing similar estimates (e.g. OECD) due to differences in methods and the underlying data used. Despite methodological and data differences, our aggregate results come close to the OECD estimates.

Our ‘single-nation’ IO framework has a number of advantages over other exercises that attempt to quantify the impact of exports on the labour market using ‘multi-nation’ IO tables. Single-nation tables require fewer assumptions; are consistent with National Accounts; can be relatively easily augmented with additional data to examine further indicators of interest; and should provide the most robust results. However, international comparisons and analysis of Global Value Chains (GVCs) can only be performed with multi-nation IO tables.

How do they differ from our past estimates of Scotland?

In the past, we have looked at the number of jobs supported by the exports of Scotland. While the overall results are quite close, these data are not entirely comparable.

The reasons for this include:

What assumptions are made?

Therefore, it is best practice to view the results as having moderately broad confidence intervals, rather than providing point estimates.

We provide recommendations in the report for improving the underlying data which can better account for these assumptions.

How can the estimates be improved?

A large amount of data is incorporated into the modelling to produce the results of this report. Improving the underlying data would significantly improve the quality of the estimates. The report lays out these improvements in full.