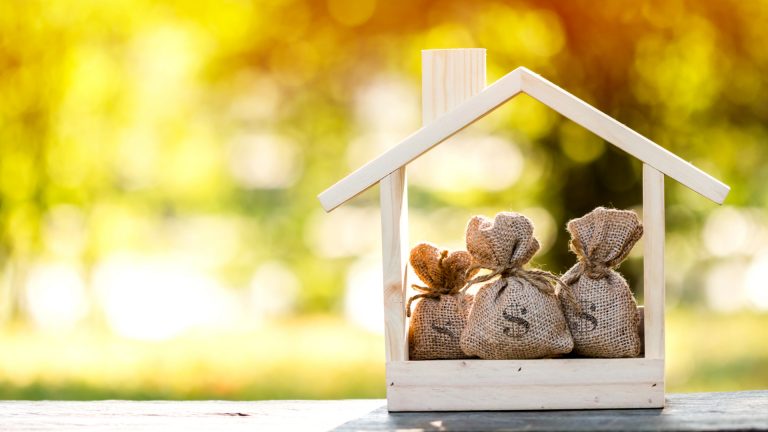 A Wealth Tax Commission for the UK

The Covid-19 crisis has renewed interest in the merits of establishing a tax on net wealth in the UK, both as a way of funding increased public expenditure, and addressing widening inequalities of wealth.

Last week, the Wealth Tax Commission published its first set of evidence papers. These cover issues including the economic case for and against wealth taxation, how wealth could be defined and valued, and how a wealth tax could be administered.

But if a wealth tax were introduced in the UK, should it operate as a UK tax determined by the Westminster government, or would there be a case for operating the tax – or aspects of it – at a devolved level? My evidence paper for the Wealth Tax Commission considers this question; what follows is a brief summary.

At the outset, it is worth reminding ourselves why we might want to devolve powers over tax in the first place; and equally, why we might be reticent about doing so.

Devolving control over aspects of tax can potentially improve outcomes in various ways. It allows policy to respond to different needs or preferences in a devolved territory, and enhances the financial accountability of devolved governments for its policy decisions. But tax devolution can also bring costs or risks, including diseconomies of scale in collecting or administering tax, downward competition over tax rates to compete for mobile tax bases, and inequalities in public services provision across the UK, if there is significant variation in the size of the tax base in different jurisdictions.

The challenge is to identify taxes, and a framework within which they can be devolved, that delivers these benefits whilst minimising the risk of costs.

Would a wealth tax be suitable for devolution? Factors to consider

In thinking about whether a wealth tax might be suitable for devolution, factors we might want to take into consideration include: whether the tax could be operated efficiently at devolved level; how mobile the tax base might be across the UK in response to differences in tax policy; whether there is any evidence for differences in preferences for wealth taxation in different parts of the UK; the extent to which those liable for the devolved tax are also beneficiaries of devolved government spending; and the ‘visibility’ of the tax for those who are liable.

The paper considers in detail how a wealth tax might stake up against these (and other) considerations.

So how does a wealth tax stack up?

Of course the answer depends to a significant extent on the way that a wealth tax is configured at UK level in the first place. A narrow tax on the ‘super wealthy’ (i.e. one with a high exempt amount) would be less suitable for devolution than a broader tax, given considerations around the mobility of the base, and the objective of tax devolution to enhance accountability by giving a significant section of the electorate a stake in the policies of the devolved government.

There are some features of a wealth tax that may lend it to devolution. Assuming it would be paid through self-assessment, it would be very visible (i.e. taxpayers would have a good idea what their liability was, unlike with say fuel or alcohol duties). And assuming that liability was based on residence, there would be linkage between liability for a devolved tax and benefit from devolved government expenditure (unlike with say corporation tax).

It’s not really clear that preferences for wealth tax differ in Scotland (or any other devolved nation) relative to England. But there is evidence that Scottish and Welsh taxpayers would generally prefer new taxes to be levied at a devolved level.

However, there are three areas where devolving a wealth tax might create particular challenges: administrative issues; the scope for behavioural responses; and the uneven distribution of wealth across the UK.

Administrative issues: defining the tax base

The lessons so far from the Scottish income tax experience have been that identifying ‘Scottish’ taxpayers is not entirely problem free; but on the other hand, that it has been relatively straightforward for HMRC to operationalise a different system of rates and bands in Scotland, at fairly minimal cost.

Assuming the tax unit for the wealth tax was the individual (as opposed to the family, which there is a case for in terms of wealth tax), then HMRC’s existing rules for identifying Scottish and Welsh taxpayers for income tax purposes could be used to determine taxpayer status for a devolved wealth tax, and adopted for Northern Ireland as required.

But wealth taxation brings a number of additional challenges. First, there is a case for taxing land and property wealth on the basis of the physical location of the asset, rather than the residence of the taxpayer who owns the property – this would create an added but not insurmountable challenge.

Second, and more importantly, there is the issue of assets placed in trusts, foundations and similar vehicles. The issue of taxation of trusts is challenging at UK level, let alone when devolution is considered. The beneficiaries are frequently either dispersed or not yet born; there is no point taxing the trustees as they can be located anywhere; and whilst it may be possible to tax the donor, it is not clear what happens if he/she is deceased.

Administratively it would be simplest to tax trusts at UK rates according to UK policy, in effect removing trusts from the purview of devolved taxation. But this would be unsatisfactory to the extent that it would provide strong incentives for Scottish taxpayers to place assets into trusts if, for example, a higher rate of tax was set in Scotland. Ultimately, the ‘devolved’ solution would need to be analogous to whatever was proposed at the UK level.

The extent to which wealth might be mobile across the UK in response to divergence in wealth tax policy is highly uncertain. The answer will of course, be significantly dependent on issues around how the tax base is defined, as noted previously. Some degree of response is inevitable and is not necessarily problematic – the difficulties arise if taxpayers can shift the geographic status of aspects of their wealth – or themselves – relatively easily.

It is worth noting that in Switzerland and Spain – which both operate wealth tax at a subnational level, as discussed in the paper – there is evidence of significant and material behavioural responses.

If there is concern that devolution of a wealth tax might trigger some form of downward tax competition, resulting in rates that are socially sub-optimal, one solution – at least in the short term – would be to constrain the scope of devolved powers over the setting of rates or bands.

One thing we do know is that wealth is unevenly distributed across the UK. The devolved nations would likely raise less tax per head from a given wealth tax than England (given the significance of wealth concentrated in London). Tying additional spending in different parts of the UK directly to revenues raised in each territory from a new wealth tax would be challenged on grounds of equity.

At face value there is a solution to this issue, and that is to follow recent arrangements for devolved income tax in Scotland and Wales. Scotland and Wales raise relatively less income tax per capita than England. The existing fiscal frameworks address this – to ensure there is ‘no detriment’ from the decision to devolve – by equalising away differences in income tax capacity at the point when income tax revenues are devolved and making the Scottish and Welsh budgets liable for divergence in relative growth in revenues over time. This approach also protects the devolved budgets from UK-wide revenue shocks, such as occur in recessions.

However, the limitation of this approach is that it implicitly assumes that it is reasonable to hold the devolved governments financially to account for differences in relative growth in wealth over time. But we know that wealth has tended to accumulate faster in parts of England than in other parts of the UK in recent years, so the devolved governments might be reluctant to sign up to a model that will disadvantage them if wealth in the devolved territories is likely to grow less quickly over time*.

Alternative models are possible. But agreeing mechanisms for adjusting the devolved governments’ block grants in such a way as to respect notions of ‘fairness’ for taxpayers in England and the devolved nations will be one of the major barriers to devolving elements of a wealth tax.

There is evidence of a continuing demand for further tax devolution, certainly in Scotland and Wales. Some aspects of a wealth tax are conducive to it, or elements of it, being devolved. A wealth tax may well be more suited for devolution than VAT or corporation tax.

The successful implementation of income tax varying policy in Scotland (and income tax powers in Wales) in recent years provides a useful blueprint for the potential operation of a devolved wealth tax. In principle, piggy-backing on existing rules for identifying Scottish/Welsh taxpayers, the devolved governments could have some autonomy for varying aspects of a wealth tax, with HMRC continuing to collect revenues through self-assessment.

But devolving autonomy for aspects of a wealth tax would also bring a number of challenges over and above those posed by income tax. These include in particular the question of the treatment of trusts and similar vehicles, and implications of the unequal distribution of the tax base for the operation of the block grant.

These issues are not insurmountable but would provide additional challenge. Whether the potential benefits of wealth tax devolution would be seen to outweigh the costs remains an open question – and will depend to a significant extent on aspects of tax design and implementation at UK level.

* Technically, the issue here is more complicated than described. Even if devolved revenues from a wealth tax grew less quickly than those in England, whether the devolved budget ended up better or worse off would also depend on how those additional revenues from England ended up flowing to the devolved budget via the Barnett formula. With thanks to David Phillips at the IFS for pointing this out.