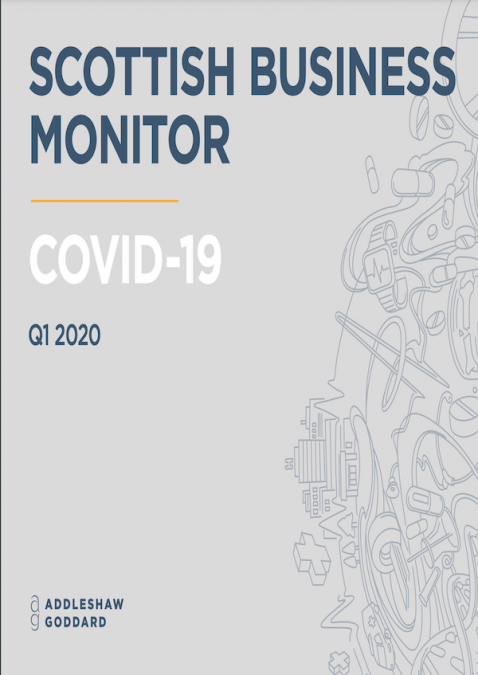 The survey was conducted over the period 1st – 8th April 2020. We engaged with almost 500 businesses from across the Scottish economy, in both different industries and parts of the country.

The results provide an important indicator of activity within the Scottish business community, and their reflections upon the current crisis.

We are clearly in unprecedented times. The public health crisis has hit the global economy and caused huge disruption.

The immediate priority is of course, our health. Shutting down all but essential aspects of our economy
is the correct policy response, not just from a health perspective but also an economic one. Investing in our public health is a long-term investment in the health of our economy.

Our survey picks-up the scale of the shutdown. It is extraordinary, with the lowest forecast for future activity amongst businesses that we have seen since the survey was first launched nearly 22 years ago.

Of course, this means that many – indeed the vast majority of – businesses are finding conditions hugely challenging. Our survey shows that –

The number of firms seeing an increase in their volume of business during Q1 2020 fell to its lowest level since Q1 2009. The outlook for the next six months is even more stark, as would be expected, with the outlook being the most negative since the survey began in 1998.

When asked how long businesses could survive under current levels of trading, of those who responded to this question, 54% said less than three months while a further 32% said they could survive for four to six months.

More than 95% of businesses who expressed interest in applying believe the ‘Coronavirus Job Retention Scheme’ being put in place has the potential to be very effective/effective in supporting their survival.

Of course, there remain ongoing debates about how easy it is to access such support, and as with any new scheme – particularly one thrown together quickly – there will be operational challenges. This is something that we will pick-up in future publications of the responses from our businesses in future Business Monitor releases. But on balance, we find that businesses are – in principle – supportive of the key schemes announced by the government.