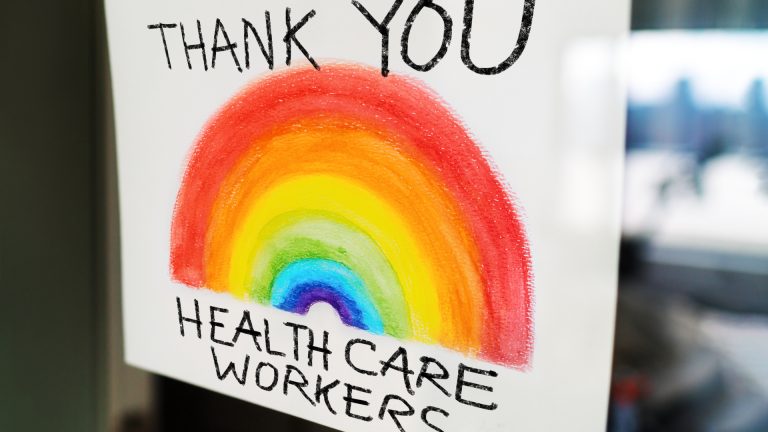 The First Minister announced yesterday, at the SNP Conference, a one-off payment of £500 to NHS and care staff for their “extraordinary service” in 2020. The policy will apparently cost £180 million.

An argument erupted not over the policy itself, but over the implications for tax, with the First Minister calling on Boris Johnson to make sure the payments are tax-free, whilst others have pointed out that income tax is devolved to Scotland.

This article examines the claims and asks whether exempting bonuses from tax is a sensible policy idea.

Under Scotland’s Fiscal Framework, the additional income tax paid by NHS/social care workers on their £500 bonuses will flow to the devolved Scottish budget (although not until 2023/24 – because the bonuses were not baked in to the forecasts informing the 2020/21 budget, and there are lags between forecasts, outturn & ‘reconciliation’).

If the bonus was exempt from income tax the basic rate payer would take home £440; the upfront cost of the policy to the Scottish Government in 20/21 would be unchanged (£180 million), but SG would forego the increase in future tax revenues.

However, the Scottish Government’s powers over devolved income tax do not give it the ability to exempt income tax on these bonuses – only the UK Government could do that (although not necessarily straightforwardly).

But exempting any bonuses from tax is not widely regarded as a good use of tax policy – regardless of which govt has the powers to do it, and regardless how much we appreciate the work done by NHS/social care workers in recent months.

There’s a reason bonuses are taxed; if they weren’t, everyone would want paid in bonuses rather than regular pay. Making an exception to the rule once opens the possibility of endless future lobbying for tax-exempt bonuses – which is not something any government should be keen to encourage.

So, it is perfectly legitimate – and indeed desirable – to want to recognise and reward NHS/care workers for their efforts in recent months. But if policymakers want those employees to benefit by £500 after tax, the solution is to pay a higher gross bonus. There is little reason for these rewards to be exempt from the existing social contract, or for them to require administrative and legislative hurdles to implement.

As an insight into next year’s election campaign, this debate gives a taste of things to come.